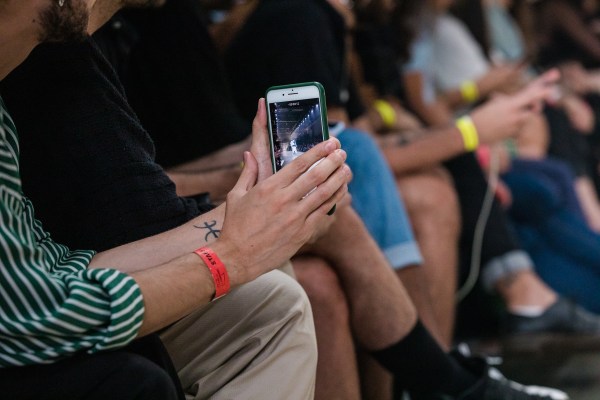 Snap has partnered with ShareChat’s Moj app to integrate its Camera Kit into the Indian app as the American social giant looks to accelerate its growth in the world’s second largest internet market.

This is the first time Snap has partnered with an Indian firm for its Camera Kit technology, which unlocks a range of augmented reality features, the two companies said.

Moj users will be able to use Snap’s AR technology from within the app, while some of the lenses their creators produce will be made available to Snap users, executives with the firms told TechCrunch in an interview.

Wednesday’s move comes amid an ongoing fundraise effort by ShareChat, which operates Moj and is a popular social network in India that caters to users in over a dozen local languages, which is in talks with Google, Snap, Twitter and other investors, TechCrunch reported last month.

Ben Schwerin, SVP of Content and Partnerships at Snap, said in an interview that today’s collaboration is the beginning of a relationship between the two firms, but declined to comment on any investment talks.

Schwerin said the collaboration with Moj will enable Snap to expand the reach of its AR technology to more users in India. Snap, which for years struggle to make inroads in India, has seen an impressive growth in recent quarters. Its app had about 80 million monthly active users in India in the month of December (according to mobile insight firm App Annie, data of which an industry executive shared with TechCrunch), up from about 25 million a year ago.

ShareChat has amassed over 160 million monthly active users in India, while its Moj app, which was launched after New Delhi banned TikTok in June last year, had about 80 million users in September last year, according to the startup.

Moj, which has released 30 Snap-powered lenses for its community at the launch, will develop over 400 lenses, some in collaboration with Snapchat Official Lens Creators in India, it said.

“There’s going to be an incredible selection of AR lenses that are customized and localized for Moj’s audience, and we think there’s going to be lots of innovation and usecases that we couldn’t have seen on Snap alone,” said Schwerin.

Gaurav Mishra, SVP of Product at ShareChat, said in an interview the partnership will enable Moj users to engage much more deeply and stand out from the crowd. Both the firms declined to disclose financial terms of the deal.

Hardik Shah, who works at SuperFan Studio, one of the largest AR creative firms in India, told TechCrunch the proliferation of Snap’s AR tech will improve the quality of lenses and filters most people in India have access to.

“Brands need to realise that ‘What Disney characters are you’ is very 2019 and should be discarded as an idea in 2021. It’s OK not to do an AR Experience than going ahead with outdated and stale production,” he said.