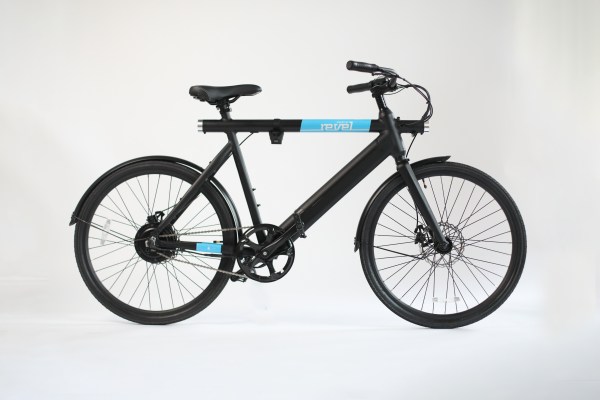 Revel said Tuesday it was expanding its product line — which until the end of January consisted only of shared mopeds — to include monthly subscriptions to electric bikes. The subscriptions will be available to residents of Manhattan, Brooklyn, Queens and the Bronx. The bikes, which are manufactured by WING Bikes, come equipped with a 36-volt battery that can travel 45 miles on a single charge, pedal assist and can reach speeds of 20 miles per hour.

The monthly electric bike subscription plan will be offered for $99 a month and includes the bike rental, lock, battery and all repairs and maintenance. Revel promised that  maintenance on normal bike issues will be conducted within 24 hours of a customer reporting a problem.

Revel launched in 2018 with a shared fleet of electric mopeds. The company, which founded by Frank Reig and Paul Suhey, started with a pilot program in Brooklyn and later expanded to Queens, the Bronx and sections of Manhattan. It ramped up its business thanks to $27.6 million in capital raised in October 2019 in a Series A round led by Ibex Investors. Several thousand mopeds are available to rent in New York City today. In its first 18 months of operation, Revel expanded its shared moped business to other cities such as Austin, which has since shutdown, as well as Miami and Washington, D.C. Last year, the company launched in Oakland and received a permit in July 2020 to operate in San Francisco.

Revel bopped along as a shared moped business until February 3, when it announced plans to build a DC fast-charging station for electric vehicles in New York City. The company said that this new “Superhub,” which is located at the former Pfizer building in Brooklyn, will contain 30 chargers and be open to the public 24 hours a day. This will be the first in a network of Superhubs opened by Revel across New York City, the company said. Revel said at the time it would use Tritium’s new RTM75 model for the first 10 chargers at its Brooklyn site, which will go live this spring. These chargers are designed to deliver 100 additional miles of charge to an electric vehicle in about 20 minutes, according to Revel.

Now, it’s added a third business venture of electric bike subscriptions. And it appears Reig is ready to diversify further.

“Our mission at Revel is to electrify cities,” Reig said in an email to TechCrunch. “We are expanding into eBikes to continue to deliver on this mission, and to provide additional access to our users in cities like New York. Safe to say that this will not be our last big announcement in 2021.”

A waitlist will open up Tuesday and bikes will be delivered to customers starting in early March.