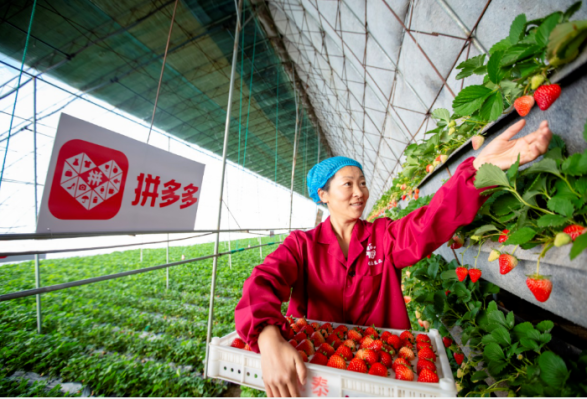 For the first time, Pinduoduo has surpassed Alibaba in annual active users, marking the Chinese e-commerce upstart’s meteoric rise over the course of five years.

The milestone also indicates Pinduoduo has overcome the early stereotype that it was an app for users in China’s less developed, low-tier cities. Pinduoduo made its name by removing intermediary distributors and selling cheap fruits and daily items, but it has gradually diversified its offerings to be all-encompassing, like heavily discounted iPhones.

The company went public on NASDAQ in 2018 and counts Tencent as a major shareholder and partner. It recorded 788 million annual active users in 2020, according to its Q4 earnings report that just came out. Alibaba lagged slightly behind at 779 million active users through the year.

In terms of monthly active users, though, Alibaba enjoyed a great lead at 902 million in December. Pinduoduo’s MAU of the month was 720 million.

Both companies still have room to grow as China had 989 million internet users as of 2020, according to a report from the country’s top cyberspace authority.

Alibaba, founded 21 years ago, was ahead of Pinduoduo in revenue by a wide margin, partly because of a larger transaction volume and a thriving cloud computing business. Alibaba ended the December quarter with 221 billion yuan or $33.88 billion in revenue, compared to Pinduoduo’s 26.55 billion yuan.

Farm produce remains at the core of Pinduoduo, which was founded by ex-Googler Colin Huang. Huang today stepped down as chairman of the company and will devote his time to research in the food and life sciences, which Pinduoduo believes could drive future growth of its “agriculture platform.”

Pinduoduo doesn’t just want to bring produce from farmers to urban consumers. In recent years, it’s also thrown itself into agritech by piloting AI-powered farms and training farmers to be savvy online vendors.

The e-commerce upstart has a big goal: selling $145 billion worth of agricultural products annually by 2025.

“Pinduoduo started with agricultural products,” says Chen Lei, current chairman and CEO at Pinduoduo, in a statement. “[W]e hope that Pinduoduo can one day become the largest grocer in the world.”

While selling grocery isn’t as lucrative as, say, electronics, it could be an effective way for user acquisition as the cost of trying out fruits sold on Pinduoduo is relatively low.

As the firm pursues its agricultural dream, it has yet to turn profitable. Pinduoduo’s net loss shrank to 1.38 billion yuan or $210.9 million in the quarter, compared with 1.75 billion yuan in the same quarter of 2019.

Writing helper Copy.ai raises $2.9M in a round led by Craft Ventures – TechCrunch