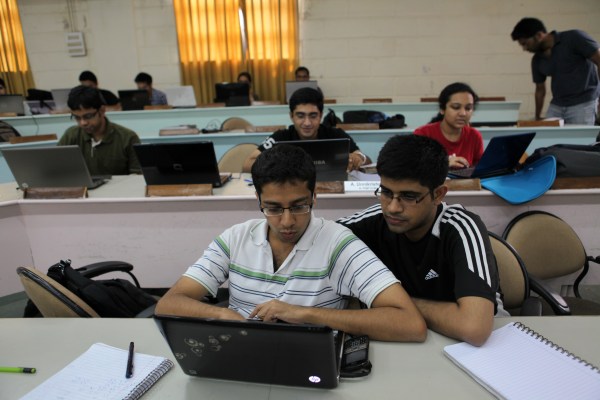 Doubtnut, an Indian startup that helps students learn and master concepts from math and science using short videos, has raised $31 million in a new financing round, months after it rejected an acquisition offer from India’s largest edtech firm Byju’s.

The three-year-old Gurgaon-headquartered startup said SIG and James Murdoch’s Lupa Systems led the $31 million Series B funding round. Existing investors Sequoia Capital India, Omidyar Network India and Waterbridge Ventures also participated in the round, which brings the startup’s to-date raise to about $50 million to date.

The Doubtnut app allows students to take a picture of a problem, and uses machine learning and image recognition to deliver their answers through short-videos. These videos offer students step-by-step instructions to solve a problem.

The app supports multiple languages, and has amassed over 2.5 million daily active users who spend 600 million minutes a month on the app, the startup said. More than half of the users have come online for the first time in last 12 months, the startup said.

The startup said it has developed a bank of over 65 million questions in nine languages for students from sixth grade to high-school. Unlike several other popular edtech firms, Doubtnut said its app reaches students in smaller towns and cities. “85% of the current base comes from outside of the top 15 Indian cities, and 60% users study in state boards where typical medium of instruction is the local vernacular language,” the startup said.

TechCrunch reported last year that Byju’s was in talks to acquire Doubtnut for as much as $150 million. Byju’s later lowered its deal offer, after which the two firms ended their talks.

James Murdoch last month announced he was reuniting with Uday Shankar, an executive who helped him build the Murdoch family’s Star business in India, which was later sold to Disney. Shankar will work with Murdoch to “accelerate” Lupa’s efforts in India, Murdoch said last month. Lupa has backed nearly a dozen startups so far, including Indian news aggregator and social app DailyHunt.

“Doubtnut has been built with a vision to improve learning outcomes for all students, especially those outside the major Indian cities. We specialize in developing content in vernacular languages and use technology to create affordable solutions for people in this large target segment,” said Tanushree Nagori, co-founder and CEO of Doubtnut, adding,

“We are pleased to welcome onboard SIG and Lupa; SIG brings in strong experience of investing in ed-tech companies globally and Lupa Systems brings unparalleled experience of building world-class businesses and harnessing high-impact technologies,” she added.

The startup said it will deploy the fresh capital to add support for more language and broaden the scope of subjects it covers today. Doubtnut is also planning to introduce paid courses.

Lessons from a bootstrapped CEO – TechCrunch